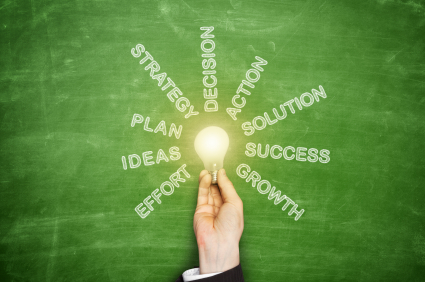 Occasionally, a client asks whether s/he should incorporate outside of California, such as establishing their business as a Delaware corporation or Nevada corporation.

Please feel free to download our COMPLIMENTARY Side-By-Side Comparison Chart of the advantages and disadvantages of California LLCs, corporations, s-corporations, and sole proprietorships HERE. If you would like to read a more in-depth report about the different business entity forms, please click HERE.

And do not hesitate to contact us if we can answer any additional questions you may have.

RELEVANT STATUTES (as of date of this writing):

(a) A foreign corporation shall not transact intrastate business without having first obtained from the Secretary of State a certificate of qualification. To obtain that certificate it shall file, on a form prescribed by the Secretary of State, a statement and designation signed by a corporate officer stating:
(1) Its name and the state or place of its incorporation or organization.
(2) The address of its principal executive office.
(3) The address of its principal office within this state, if any.
(4) The name of an agent upon whom process directed to the corporation may be served within this state. The designation shall comply with the provisions of subdivision (b) of Section 1502.
(5) (A) Its irrevocable consent to service of process directed to it upon the agent designated and to service of process on the Secretary of State if the agent so designated or the agent’s successor is no longer authorized to act or cannot be found at the address given.
(B) Consent under this paragraph extends to service of process directed to the foreign corporation’s agent in California for a search warrant issued pursuant to Section 1524.2 of the Penal Code, or for any other validly issued and properly served search warrant, for records or documents that are in the possession of the foreign corporation and are located inside or outside of this state. This subparagraph shall apply to a foreign corporation that is a party or a nonparty to the matter for which the search warrant is sought. For purposes of this subparagraph, “properly served” means delivered by hand, or in a manner reasonably allowing for proof of delivery if delivered by United States mail, overnight delivery service, or facsimile to a person or entity listed in Section 2110 of the Corporations Code.
(6) If it is a corporation which will be subject to the Insurance Code as an insurer, it shall so state that fact.
(b) Annexed to that statement and designation shall be a certificate by an authorized public official of the state or place of incorporation of the corporation to the effect that the corporation is an existing corporation in good standing in that state or place or, in the case of an association, an officers’ certificate stating that it is a validly organized and existing business association under the laws of a specified foreign jurisdiction.
(c) Before it may be designated by any foreign corporation as its agent for service of process, any corporate agent must comply with Section 1505.

(1)the average of the property factor, the payroll factor, and the sales factor (as defined in Sections 25129, 25132, and 25134 of the Revenue and Taxation Code) with respect to it is more than 50 percent during its latest full income year and

(2)more than one-half of its outstanding voting securities are held of record by persons having addresses in this state appearing on the books of the corporation on the record date for the latest meeting of shareholders held during its latest full income year or, if no meeting was held during that year, on the last day of the latest full income year. The property factor, payroll factor, and sales factor shall be those used in computing the portion of its income allocable to this state in its franchise tax return or, with respect to corporations the allocation of whose income is governed by special formulas or that are not required to file separate or any tax returns, which would have been so used if they were governed by this three-factor formula. The determination of these factors with respect to any parent corporation shall be made on a consolidated basis, including in a unitary computation (after elimination of intercompany transactions) the property, payroll, and sales of the parent and all of its subsidiaries in which it owns directly or indirectly more than 50 percent of the outstanding shares entitled to vote for the election of directors, but deducting a percentage of the property, payroll, and sales of any subsidiary equal to the percentage minority ownership, if any, in the subsidiary. For the purpose of this subdivision, any securities held to the knowledge of the issuer in the names of broker-dealers, nominees for broker-dealers (including clearing corporations), or banks, associations, or other entities holding securities in a nominee name or otherwise on behalf of a beneficial owner (collectively “nominee holders”), shall not be considered outstanding. However, if the foreign corporation requests all nominee holders to certify, with respect to all beneficial owners for whom securities are held, the number of shares held for those beneficial owners having addresses (as shown on the records of the nominee holder) in this state and outside of this state, then all shares so certified shall be considered outstanding and held of record by persons having addresses either in this state or outside of this state as so certified, provided that the certification so provided shall be retained with the record of shareholders and made available for inspection and copying in the same manner as is provided in Section 1600 with respect to that record. A current list of beneficial owners of a foreign corporation’s securities provided to the corporation by one or more nominee holders or their agent pursuant to the requirements of Rule 14b-1(b)(3) or 14b-2(b)(3) as adopted on January 6, 1992, promulgated under the Securities Exchange Act of 1934, shall constitute an acceptable certification with respect to beneficial owners for the purposes of this subdivision.

(b)Except as provided in subdivision (c), the following chapters and sections of this division shall apply to a foreign corporation as defined in subdivision (a) (to the exclusion of the law of the jurisdiction in which it is incorporated):

Chapter 1 (general provisions and definitions), to the extent applicable to the following provisions;

Section 303 (removal of directors without cause);

Section 305, subdivision (c) (filling of director vacancies where less than a majority in office elected by shareholders);

Section 317 (indemnification of directors, officers, and others);

Sections 500 to 505, inclusive (limitations on corporate distributions in cash or property);

Section 600, subdivisions (b) and (c) (requirement for annual shareholders’ meeting and remedy if same not timely held);

Section 708, subdivisions (a), (b), and (c) (shareholder’s right to cumulate votes at any election of directors);

(c)This section does not apply to any corporation (1) with outstanding securities listed on the New York Stock Exchange or the American Stock Exchange, or (2) with outstanding securities designated as qualified for trading on the Nasdaq National Market (or any successor thereto) of the Nasdaq Stock Market operated by the Nasdaq Stock Market Inc., or (3) if all of its voting shares (other than directors’ qualifying shares) are owned directly or indirectly by a corporation or corporations not subject to this section.

(d)For purposes of subdivision (a), the requirements of subdivision (b) shall become applicable to a foreign corporation only upon the first day of the first income year of the corporation (1) commencing on or after the 135th day of the income year immediately following the latest income year with respect to which the tests referred to in subdivision (a) have been met or (2) commencing on or after the entry of a final order by a court of competent jurisdiction declaring that those tests have been met.

(f)Any foreign corporation that is subject to the requirements of subdivision (b) shall advise any shareholder of record, any officer, director, employee, or other agent (within the meaning of Section 317) and any creditor of the corporation in writing, within 30 days of receipt of written request for that information, whether or not it is subject to subdivision (b) at the time the request is received. Any party who obtains a final determination by a court of competent jurisdiction that the corporation failed to provide to the party information required to be provided by this subdivision or provided the party information of the kind required to be provided by this subdivision that was incorrect, then the court, in its discretion, shall have the power to include in its judgment recovery by the party from the corporation of all court costs and reasonable attorneys’ fees incurred in that legal proceeding to the extent they relate to obtaining that final determination.

If you’ve been thinking of getting your Estate Plan set up, but aren’t sure how, get your questions answered at our next live seminar!

Sign up to receive $100 Off any of our Trust Plans, and a complimentary Legacy Planning Session. Restrictions apply